We’re nearing the end of the academic year which almost means the end of dance! We recently had the Team Napier Societies & Sports Awards Ball which had me thinking back over the past year of dance and all the amazing experiences I’ve had. 2016/17 has been quite exciting because it was my first year of being on the committee, as the competition troupe coordinator, which offered its own set of opportunities and challenges. The second semester also brought me back into the fun world of teaching as I took over our Strength & Flexibility and Jazz classes on a Tuesday night which I have had so much fun with! So what else have we got up to at ENDS?

In November we had our super fun fundraiser in the Ghillie Dhu – Napier Dance presents Strictly Come Dancing (you can read more about it here). I really love Strictly because it’s such a great way of bringing Team Napier together and meet loads of people from different societies and clubs. Sadly this year I didn’t compete with a partner cause I was busy with my practical events module but we did perform two great pieces with the comp troupes, it was also really lovely that my mum and dad were down in Edinburgh that weekend so they got to see me dance!

Jumping ahead a little in the time line, but another super fun fundrasier that we had just recently in February was dancey dancey sing sing! (Just kidding Bruno 😉 it was officially called So You Think You Can Sync!) This invited Napier Sports and Socs to create a lip sync performance to battle it out on the night where I got to be a judge! Kinda nice to be on the other side of the judging panel for a change! At the end of the event, our top two acts faced the sudden death round of an impromptu lip sync to, arguably the best song of all time, Bohemian Rhapsody, and honestly I think it’s the funniest thing I’ve ever seen. It was such a fun night and at our after party there was a free chocolate fountain in the club – something I didn’t realise I needed in that situation.

Aside from performing at our own fundraisers we’ve also had the opportunity to get involved in other clubs, namely our besties at Drama (NUDS). Before the Christmas break NUDS presented Time Wars: The Farce Awakens, a parody mash up of Doctor Who and Star Wars, as you do. We offered our services as dancers and got to be part of some pretty crazy scenes (an inflatable human fell from the roof.. just saying…) and wear funky feathery headdresses!

Next up I’m gonna talk about my ball game: dance competitions! This year we went to three; Edinburgh, Newcastle and Dundee and I had so much fun performing with two amazing groups of talented dancers. This year I was really happy to be choreographing our contemporary piece with the lovely Dayna, the piece was to Beyoncé’s Pretty Hurts and as you might be able to tell from the costumes, was inspired by the concept of beauty pageants. Our hip hop piece also featured Bey’s Formation, as well as Panda, Work, Mek It Bunx Up and Jungle Bae. After some really tough competitions against awesome universities we came away from Dundee with a 3rd place trophy. On a personal note, I was really surprised and proud to have received 3 best female dancer nominations over the season! 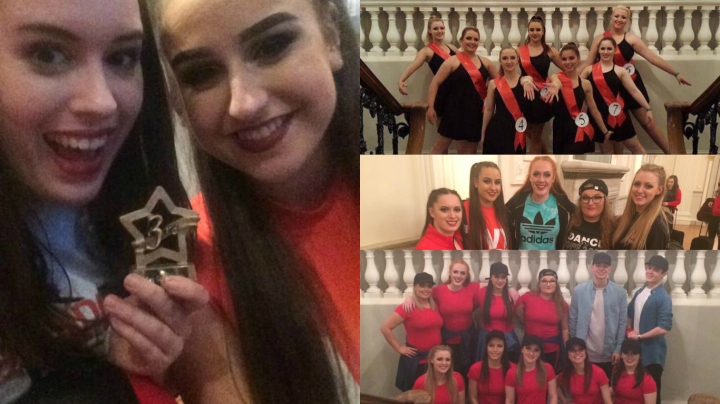 As well as all the dancing, we’ve also had a lot of fun social occasions like our Christmas Dinner and Shit Shirt Night (this brought my dreams of having an appropriate place to wear my aquarium shirt come true) as well as lots of fun nights out. I have absolutely loved getting to know the dance guys and gals this year and have truly made some friends for life.. aww so cute, so sappy! 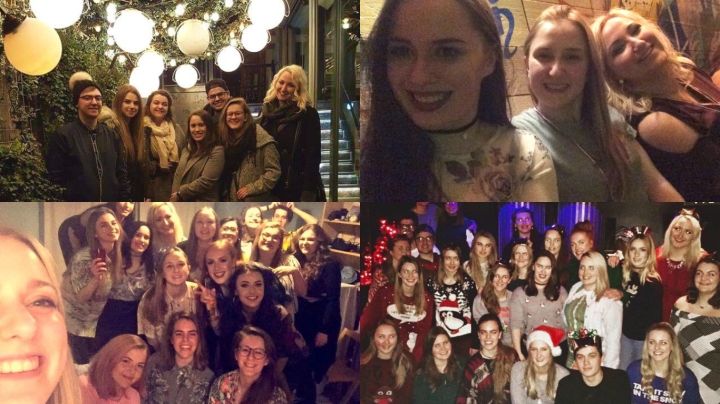 This past weekend we hit a milestone that is near the end of the year and that was the Team Napier Awards Ball. It was so much fun to get dressed up and have a night to celebrate with not just all of dance but all of the lovely members of Team Napier. Myself and another 9 of our dancers were awarded their club colours at the awards ball for their dedication to the club and I am so proud of that. I had the best night and shared it with some of my best friends!

Now all that’s left to go is to teach my last few classes for the year, present our amazing annual show, have our own awards night and elect a new committee for 2017/18! It’s quite amazing how much we get done in one year so I’m excited to get started all over again after the way too long summer! Keeeeeep dancing!

Bruno caught me throwing heart eyes at Paris
Was in mouse land so of course it's cheesy🧀
pov: you're spending a weekend in Paris with @irnbrunoo
oh how wonderful it was to be back in the festival bubble giving myself sensory overload but especially wonderful to do so with these fantastic humans
@scottishballet is cooking up something epic
a wholesome foodie weekend🌻